Assume Nothing is intended to challenge perceptions about gender identity. 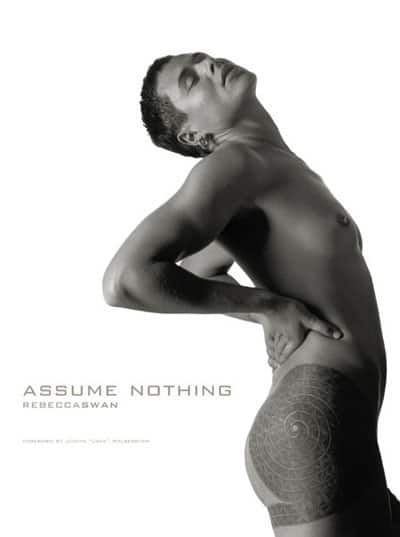 The touring exhibition is based on the book of the same name published by artist and photographer Rebecca Swan in 2004. The exhibition features photographs and interviews with more than 20 people from New Zealand. They include such well-known personalities as former MP, Georgina Beyer – the world’s first transgender politician – and flamboyant performer Carmen Rupe, as well as activist and educator Mani Bruce Mitchell.

A collaborative work made between myself and Rebecca Swan is included in Rebecca’s touring exhibition which begins at Toi Rerehiko Moving Image Centre, Auckland, New Zealand opening on 23 January 2009.

Kirsty McDonald will arrive in NYC in the next couple of days with her cameraman Chris Carter to document my work at the Met for an upcoming arts program ‘Kete Aronui’ to air on Maori Television in New Zealand later this year.

The touring venues and dates for ‘Assume Nothing’ are as follows: